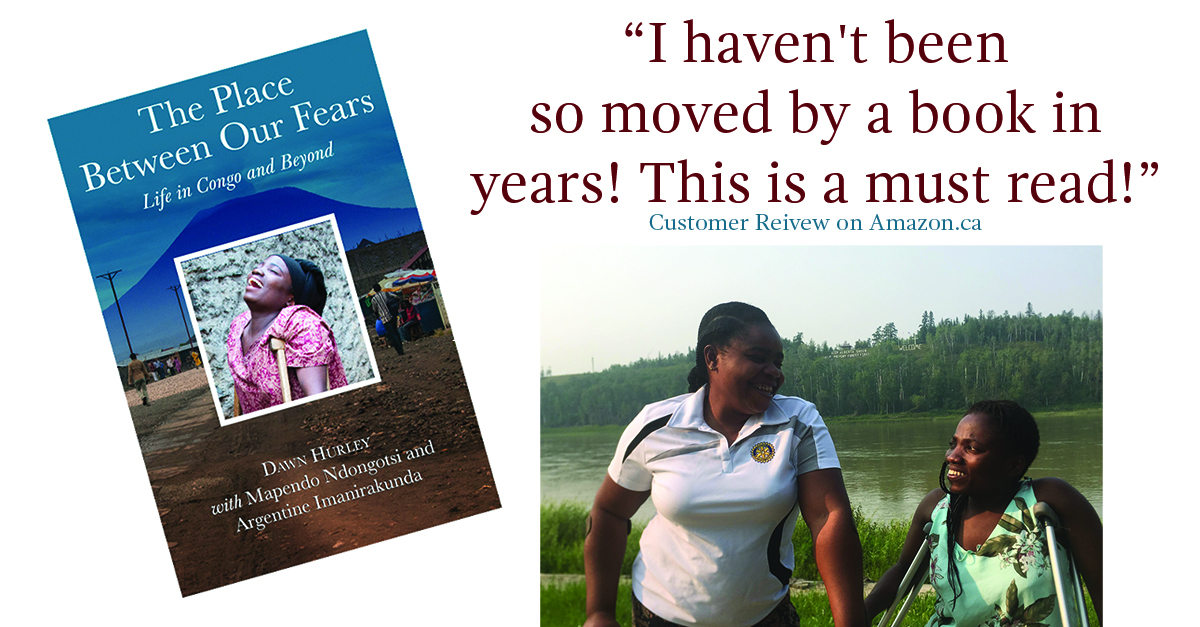 Book of the Month

From the green hills of eastern Congo, comes a compelling true story about women who refuse to give up.

Argentine’s life started with an impossible question. “How do I stay safe, if I can’t run away?” She was a little girl, stuck at home in the middle of a war. At 3 years old, polio had stolen her ability to stand. And now the war was escalating and armed men threatened to invade. Argentine’s mother did the only thing she could. Night after night, she carried her little girl into the forest and hid her in a hole, covering her with brush.  “You’ll be safe here,” she whispered. But how long could that last?

This is the story of the love between mothers and daughters, and of faith that defies all expectations. After years of hiding in the forest, Argentine flees to the bustling city of Goma, where she meets Mapendo. Together, the two girls must learn to stand on crutches and navigate a world that would rather ignore them. They begin to dream of a future, with marriage, children, and work of their own. But soon, armed men threaten their existence once again. And this time Argentine and Mapendo must fight not only for themselves but for their children as well. What follows is a gripping decade-long journey atop trucks and motorcycle taxis, through crowded markets and refugee camps, clinging to faith, friendship and laughter in the face of outrageous challenges.

Told from the perspective of an American who moves to Congo and meets Argentine and Mapendo as young women, this true story is both relatable and utterly astonishing. It was written in collaboration between all three women, and the first-hand narrative is searingly honest, surprisingly funny, and deeply personal.

Congo has been labeled “the worst place in the world to be a woman,” but such labels do nothing to help us understand the dignity and power of Congolese women. This is a book that flips the script and offers fresh perspectives not only on what it means to be a woman in Congo, but also on what these inspiring women might teach the rest of us.

This book is perfect for group reading, opening thoughtful discussions around topics such as faith, ability, motherhood, immigration, privilege and the current state of the world. There are discussion questions at the end of the book, as well as a photo guide available on the website.

Read us with your Book Club

What our readers are saying...