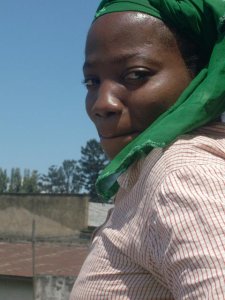 When standing upright, supported by two crutches and huge metal leg braces, Argentine is a tiny woman reaching no more than four and a half feet. Yet this tiny woman has overcome towering obstacles.

Argentine grew up with polio in a rural village at the heart of the ongoing fighting in Eastern Congo.

As a child she lost the use of her legs, and was never able to attend school.  The war in Eastern Congo grew worse and worse, and her mother was left with the weight of an impossible question. How could she protect her young disabled daughter from the armed men who would sometimes invade their town? Even young children growing up in Eastern Congo learn to flee. But what do you do with a daughter whose legs can't carry her across the room, much less out of danger? With seven younger children to think about as well, and no money to move to a safer area, Argentine's mother was often forced to carry Argentine into the woods and hide her there, returning at night to sleep with her under the brush. To this day, Argentine tells this story and marvels at the love of her mother, and the faithfulness of a God who has carried her so far.

In 2013 Argentine was busy building her own life as a seamstress when she was forced to flee Congo because of the escalating war.  She was 5 months pregnant and very scared.  She fled with almost nothing, except her sewing machine and a few months later she gave birth to a healthy little girl named Rachel.  When Rachel was first born, Argentine was almost overcome, trying to imagine how she would care for her daughter in a refugee camp, on her own, so far from home.  Yet she is a woman of enormous faith and determination.  She also has a gift for creating community around herself, wherever she goes. 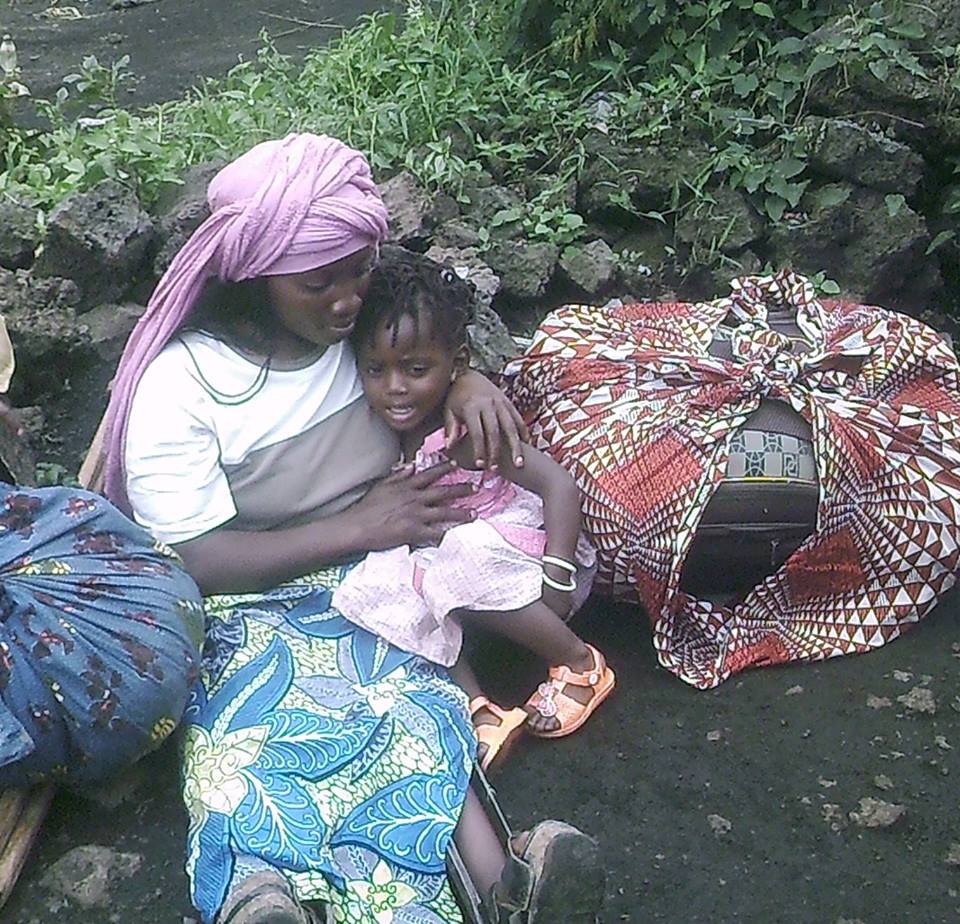 Argentine and Rachel on the way home to Congo

2 years later, Argentine left the refugee camp and returned to Congo with her daugher and her younger sister, Aline, who had come to stay with her.  Political tensions were increasing in Burundi, and it no longer felt safe to stay in the refugee camp.  On the way home their bus was attacked but miraculously they made it back to Congo unharmed.  Only a few months later, Argentine suffered a devastating loss, when her daughter Rachel became ill and passed away.

The following year, as Argentine was pregnant with her second daughter, she decided she had to flee Congo again.  This time she fled to a refugee camp in Uganda, where she found conditions in the refugee camp extremely difficult, with very little access to medical care, and the nearest hospital 50 miles away.  Miraculously, Argentine managed to arrive at a hospital before the birth of her second daughter, and Asante Mungu (her name means Thank God) was born healthy.

Argentine and Asante in Uganda

Also miraculously, Argentine received word that she soon would be resettled to Canada, through a collaboration between the SHONA Congo community and a refugee resettlement group in Canada (AIRSS).In December 2018 Argentine boarded a plane with her daughter 17 month old daughter in her arms, and her younger sister (age 13) by her side.  She traveled along with Mapendo and her family (who had also been approved for resettlement),and together, the group of 9 have embarked on the adventure of rebuilding their lives in Canada. 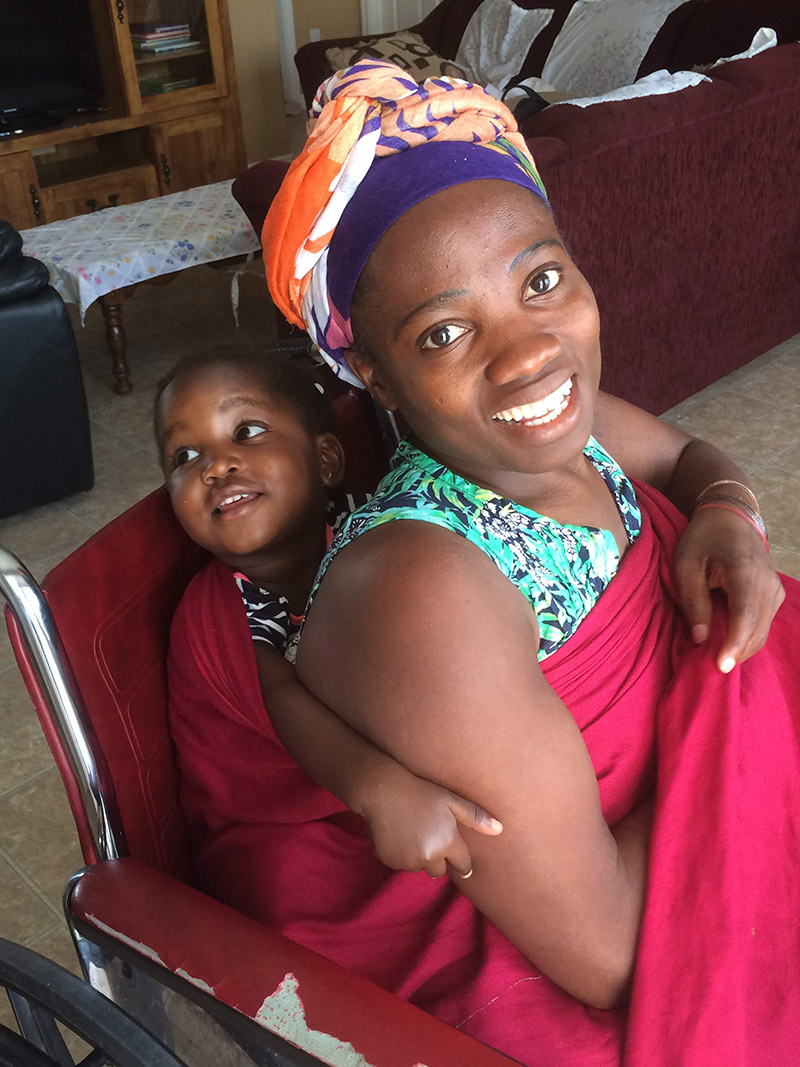 Argentine and Asante in Canada

Argentine is the sole provider for her family in Canada.  She currently is receiving financial support from her sponsorship group, but this period will end in December 2018.  She is a co-owner of SHONA Congo and is working hard to build this business so she can support herself in Canada, and continue to help her family back in Congo.

Wherever Argentine has found herself, whether hidden in the woods as a child, or rebuiliding her life in the snow-capped hills of Canada, she sings.  And her songs, with a beautiful clear voice, are always filled with thanks to God.  In the video section of our website, listen to the singing in the background of some of the videos, it is always Argentine leading the singing, completely unrehearsed.  These are the songs that pour from her heart.