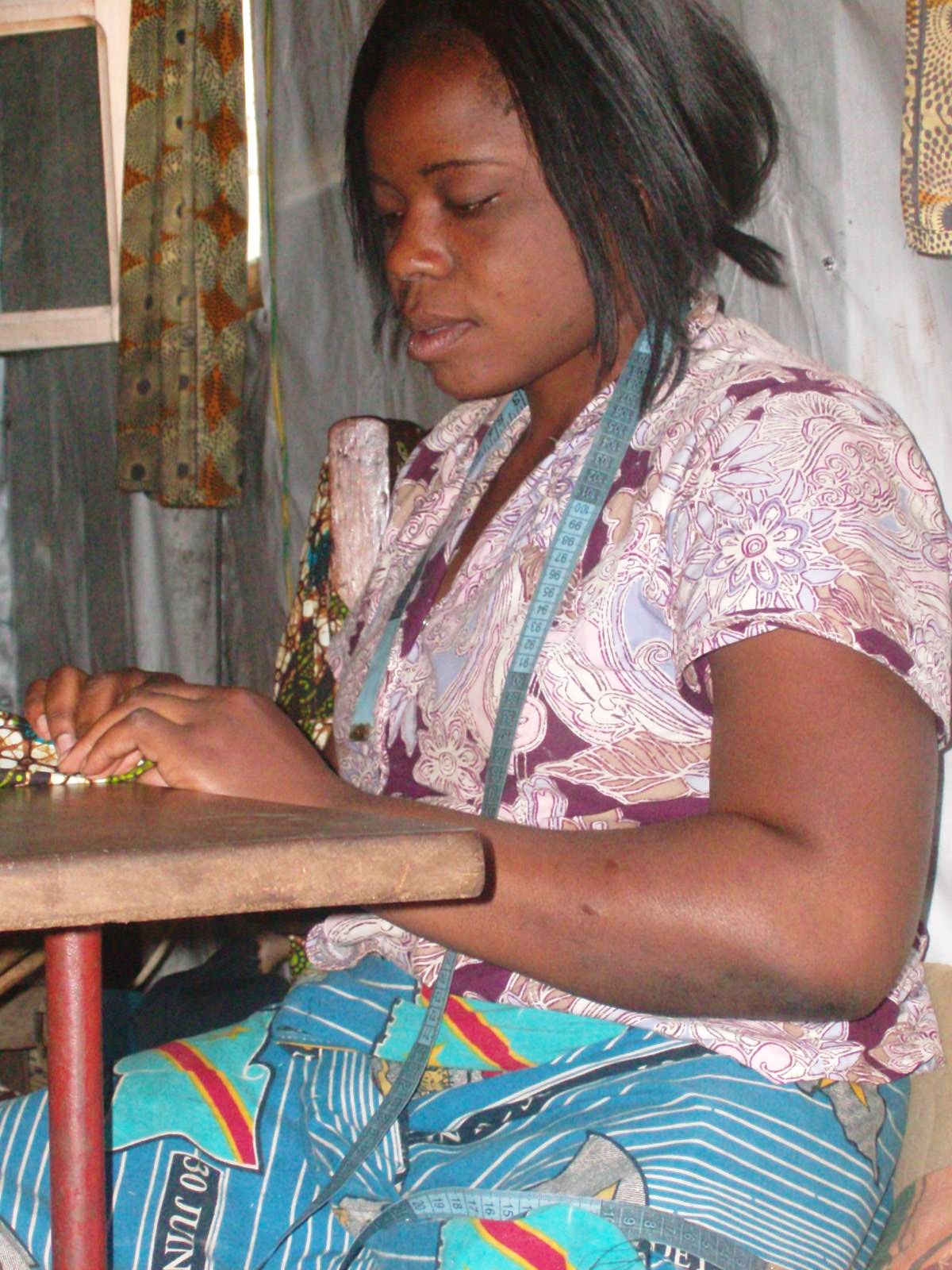 Mapendo's name means love.  She is a quiet yet strong young woman with an amazing story.

When Mapendo was 12 years old she fell and broke her leg in two places. Her family lived in a rural area and was unable to take her to a hospital for treatment, and she lost the use of the leg.  Years later she was taken to a center for people with disabilities, where she faced an operation and years of therapy. Eventually her leg was fitted with a metal brace and she can now walk again with the use of a brace and a crutches.

After Mapendo moved to the city of Goma for treatment, her mother's rural home was destroyed by the ongoing war in Eastern Congo and her mother was forced into a refugee camp. Mapendo, the youngest child in her family, was determined to do something to help.  She saved her income from SHONA and built her mother a house so that her mother could leave the camps.  This was a moment of great pride for Mapendo, as she was able to take care of her mother.  Shortly after, she celebrated again when she did something she had never dreamed possible!  She got married and had a son. 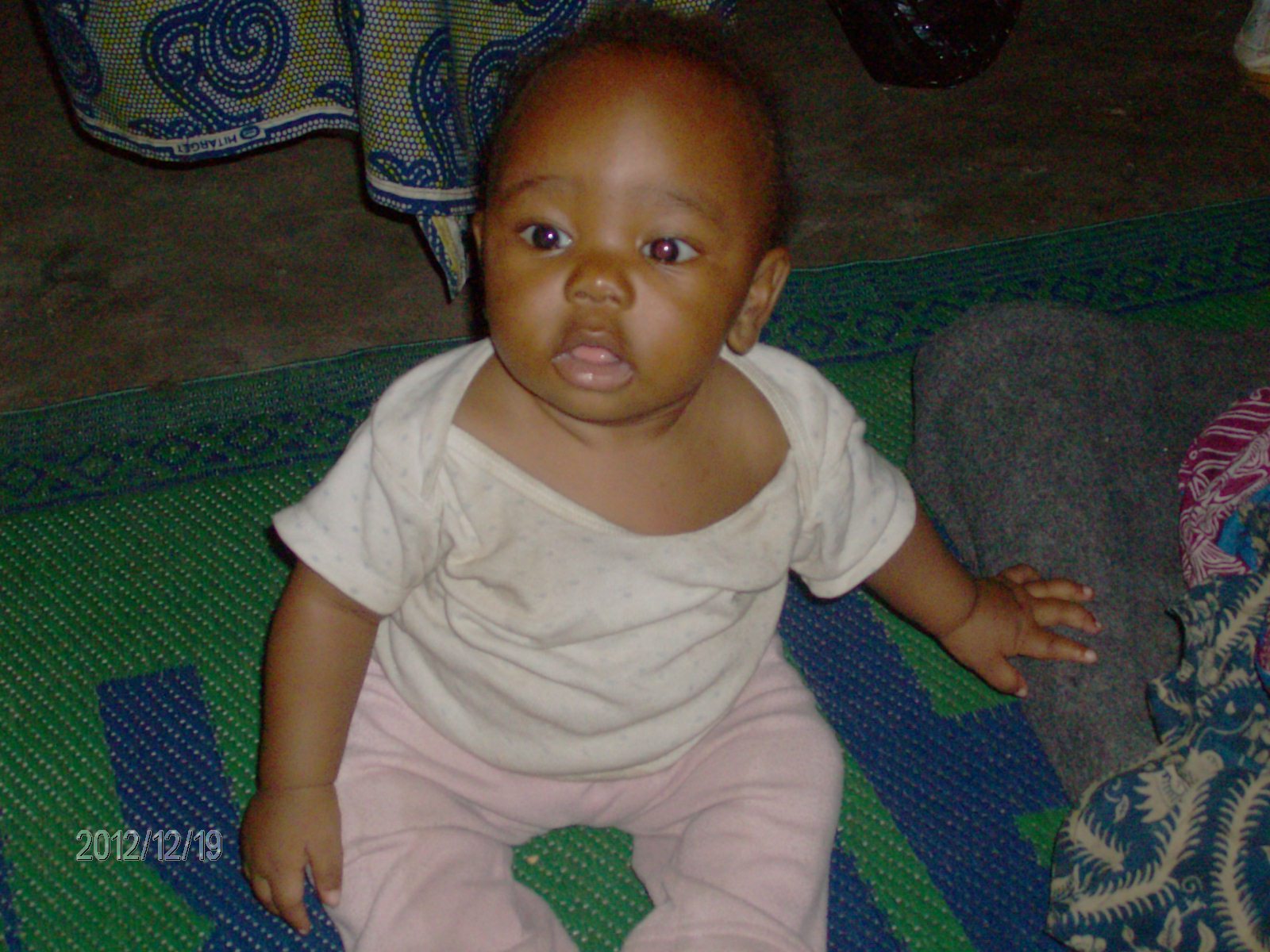 But soon after this celebration, Mapendo found herself forced to flee her home as rebel soldiers invaded the city of Goma.  She, along with her husband and young son, fled to refugee camps in Burundi.  After a year of living in the camps, Mapendo  returned to Congo, just in time to give birth to her second son.  Despite her attempts to rebuild her life in Congo, Mapendo found herself living in fear.  She and her husband would lie awake at night listening for attackers outside their door.  They were robbed by men with guns multiple times.

Finally they decided to flee Congo again, this time arriving at the refugee camps in Uganda with their two sons and two nieces who Mapendo had cared for since they were young. 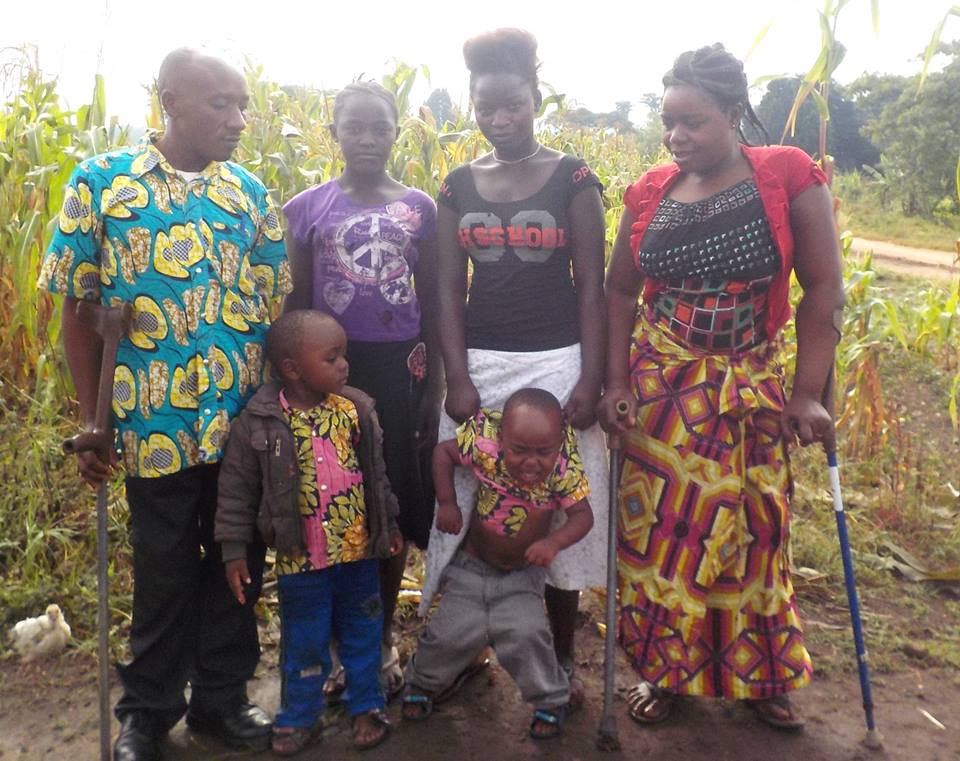 Shortly after arriving at the refugee camp in Uganda.  Joseph, Ziada, Neema and Mapendo stand in back.  Jonathan and Joachim (who does not like the idea of this picture!) in front.

Life was hard in the refugee camps and the family struggled just to find a place to live.  For several nights they found themselves sleeping outside with nothing at all.  Still through all the moving and refugee camps, Mapendo had carried her sewing machine, and her determination to build a life of dignity. 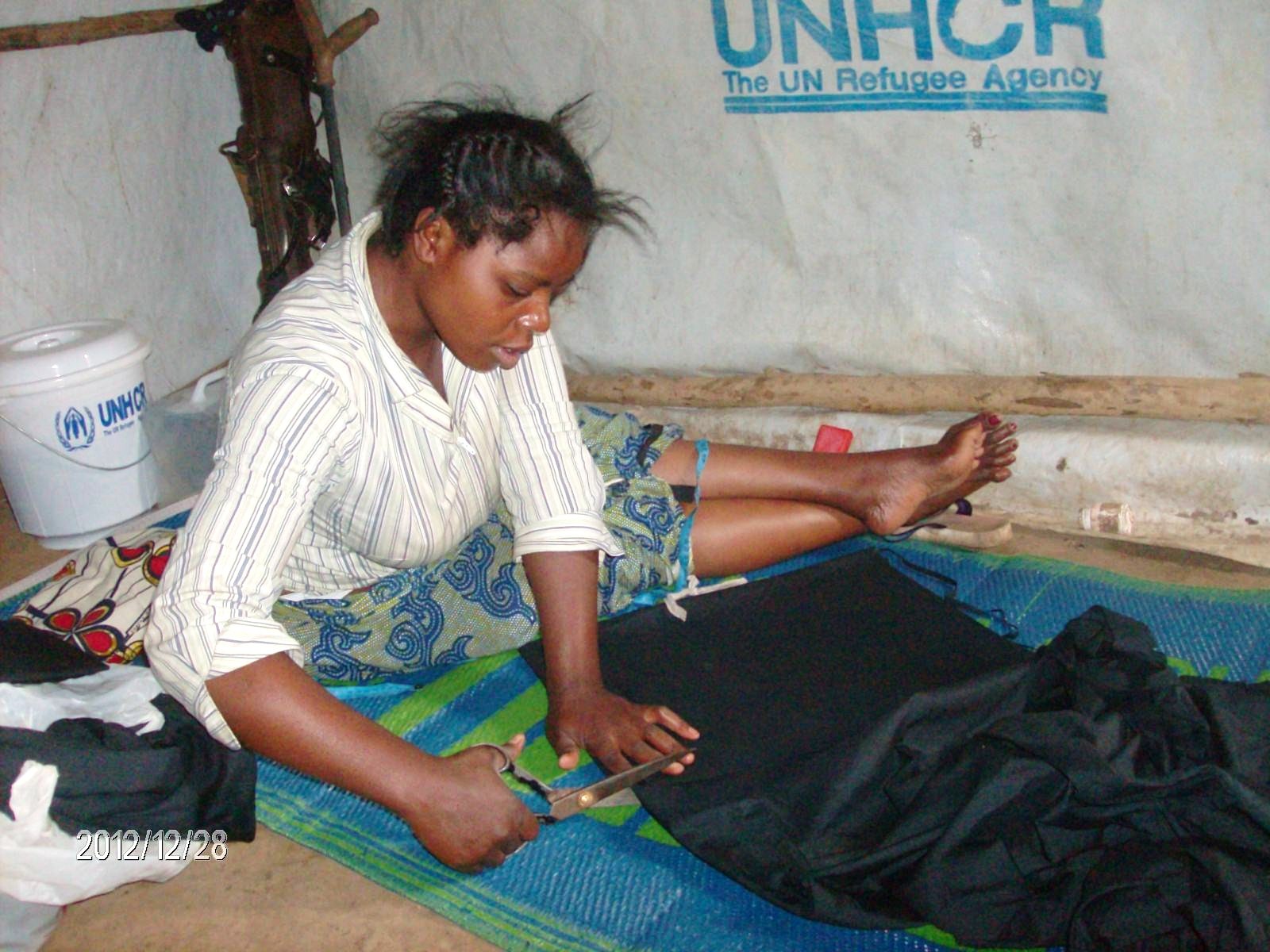 After 2 years in difficult conditions in the refugee camp in Uganda, Mapendo received notice that through miraculous circumstances, a collaboration between the SHONA Congo community and a refugee resettlement group in Canada (AIRSS) had made it possible for her family to be resettled to Canada.  (This is a rare and miraculous opportunity.  As stated by UNHCR "There were 19.9 million refugees of concern to UNHCR around the world at the end of 2017, but less than one per cent were resettled that year.")  Unfortunately the process is extremely difficult to navigate, especially for those who are limited by language and finances.  Mapendo and Argentine simply never could have navigated this process without the extensive support of both AIRSS and the SHONA Congo community.

In December 2017 Mapendo boarded an airplane for the first time in her life, along with her husband, her two sons, and the two nieces that she has raised as her own.  She felt sure the plane would never make it to this new world she could barely imagine.  She is infinitely grateful for the opportunity to rebuild her life in a place where she can lay down at night without fear.  Mapendo is a co-owner of SHONA Congo and is excited to see what the future has in store. 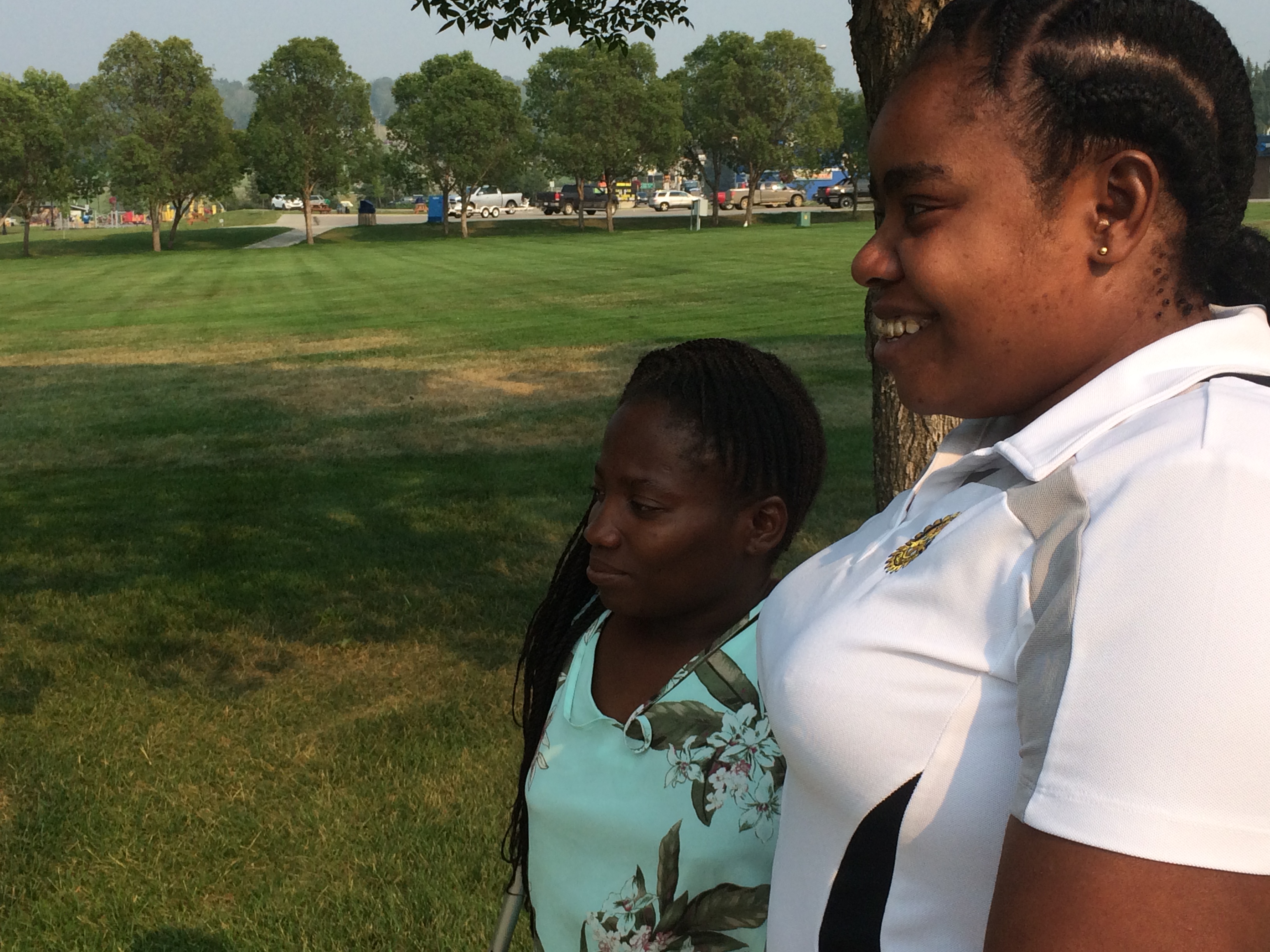